This page offers interesting health related articles and inspirational stories for our members' noting and information. Should you have any other articles or links you would like to suggest that we place on this page, please send us an e-mail to . 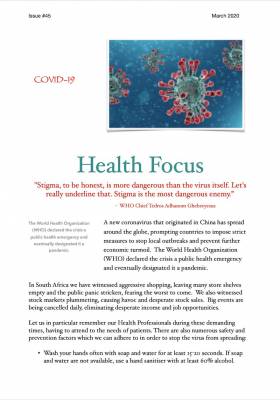 Nothing tends more to promote health of body and of soul than does a spirit of gratitude and praise. It is a positive duty to resist melancholy, discontented thoughts and feelings--as much a duty as it is to pray. If we are heaven-bound, how can we go as a band of mourners, groaning and complaining all along the way to our Father's house?
Continue reading

Bill Clinton's Heart Is Younger Than It Was 10 Years Ago 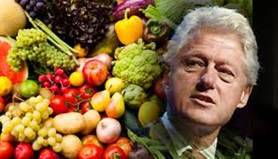 Bill Clinton's heart is younger than it was 10 years ago after former president lost 30 pounds on plant-based diet, says daughter Chelsea

Since adopting a new eating lifestyle, the 67-year-old has lost 30 pounds

Bill Clinton has undergone an incredible physical transformation, and the former president is healthier than ever.

In an interview with the Huffington Post, daughter Chelsea Clinton says her father recently went to the doctor for a check-up and the physician told him his heart is 'much younger than it was even 10 years ago'.

“I felt dizzy all of a sudden and the next thing I know something woke me up a few hours later,” Marianne Cook said. “Something was telling me to get out of the bathtub and go call somebody. I made it to the bedroom floor and I don’t remember anything after that.”

Marianne had suffered a massive stroke, and lay on the floor of her apartment, unconscious. She wasn’t found until 20 hours later when neighbors below her called the landlord to complain about water running into their apartment. The landlord called Marianne’s mother.

“This lady told me she was the manager at Marianne’s apartment and that they had found her unresponsive,” said her mother, Wilma. “She said the ambulance was there to take her to the hospital.”

Wilma waited anxiously while doctors tried to find out what had happened. She was shocked when she got the diagnosis.

Login >>
This website contains a summary of the benefits offered by SEDMED. It does not replace the registered rules of the Fund, but attempts to summarise important information. Therefore, should a dispute arise, the rules of the Fund will apply, and not this website.

This is ultimately your medical fund and therefore you need to know how it operates, how to utilise it responsibly and how you can benefit from it. Please refer to your membership guide and this website to obtain information about your overall health care benefits.